The planning stage was over; new uniforms had arrived, and Howard had gone undercover long enough to ensure he was not seconded before our first sortie.

Our mission to successfully run six dogs over an obstacle course in the correct order in clusters of 4…. Easy, well it should be, it’s flyball and most of us have been doing it a few years...

Andrew, Rachel, Jessica, Regina and Howard had set up base camp Friday night, with Jo and Mark to join forces on the Saturday morning.

We were trying to ignore the forecast, it couldn’t possibly rain all day could it?! First Division we were ring party and Rachel was judging. The rain, well it was falling…. Div 3 complete with no major drama and it was time for racing.

First up was Cinders (aka Stumpy), Murf (aka Sputnik), Nell (aka Smellie) and Finn (aka Dufus) against Tees Valley. Two clear legs and it was time for Axsl (aka Adolf) to join the line up with Dufus ducking out, a nice clean leg but we were just pipped so Dufus back in clinched the win.

A similar scenario in the next race with Smellie and Sputnik dropping out for Adolf and Ria (aka Ermentrude) to take their turns against Durham Bombers.

Then it was Banchory… an old adversary….. First leg it was close… so a deep breath in and we went for it, but hard as Cadet J tried the ammo malfunctioned in the box and Sputnik was blighted! Leg three, the pressure was building we knew we had to go for it…. Ready Ready ah a light for Capt M running Sputnik, oh well we tried…. There will be a next time.

Next up were the Furry Tails… and they were flying only fractions of a second on every leg but we came through in the end.

Last race Cleveland, always a good race. Adolf was back in for a leg and we came away with another win, I would say nice clean racing but the dog’s coats would say otherwise.

In between the racing the next generation got their turn, Stan (aka PG) and Kara (aka Eva, Adolf’s girl lol), Running with our friends from Tyne it was more about who held onto the ball than speed, but with lots of encouragement and clapping they did well.

Oh and it was still raining….

Time for celebrations then presentation, clustered under our gazebo we popped a cork and toasted our new club, and our first rosette a second place. 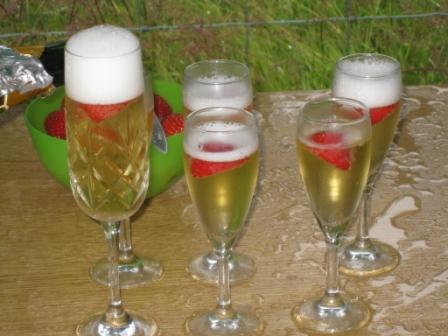 All in all a great day was had by all.

Oops, you forgot something.

The words you entered did not match the given text. Please try again.

Start a Free Blog at Webs.com